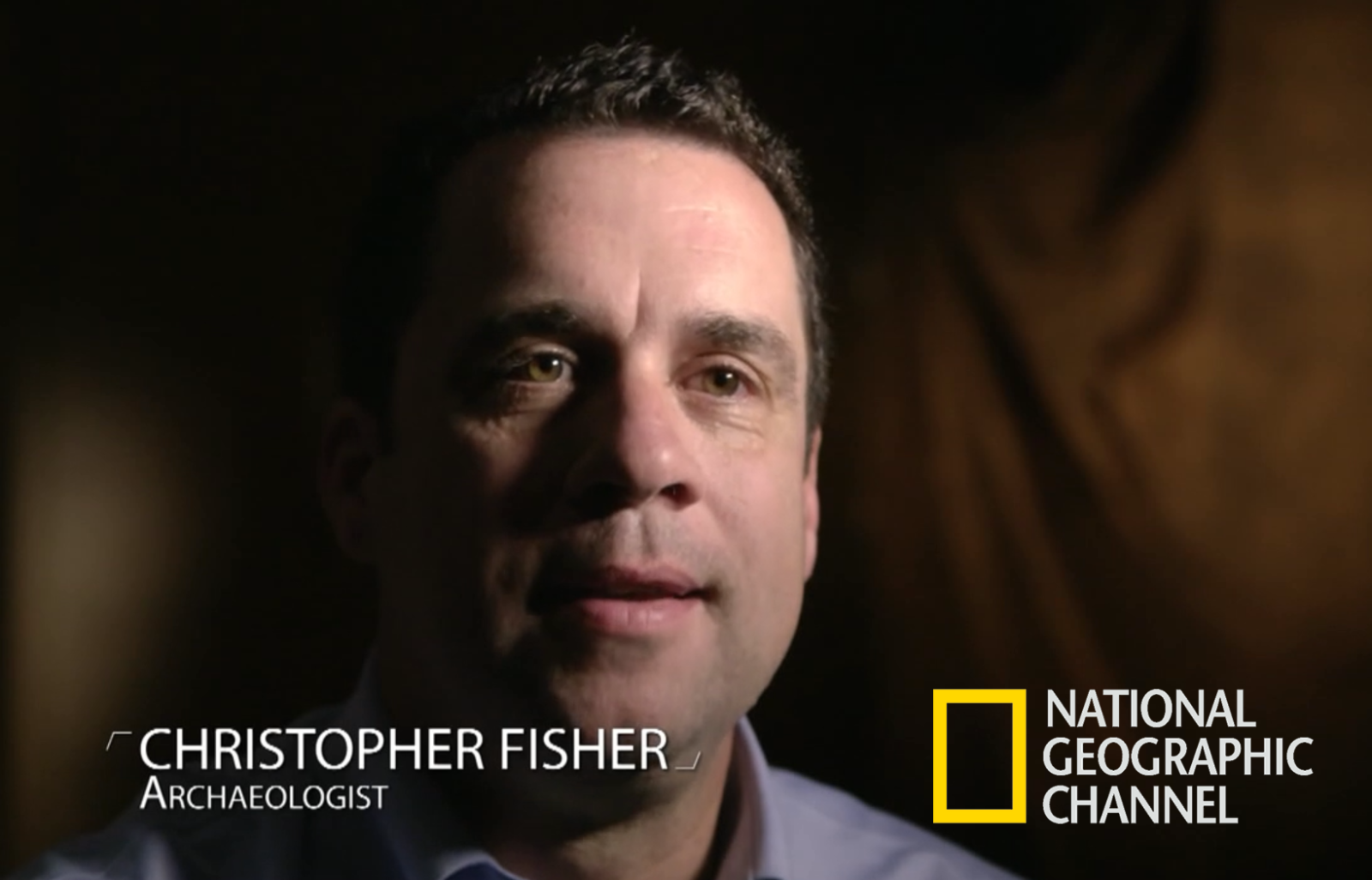 Chris Fisher is an archaeologist, professor of anthropology at Colorado State University, a National Geographic Explorer, and the founder of the Earth Archive. His early childhood was spent in Duluth Minnesota where he developed a love for wilderness canoeing, and his high school years in Spokane Washington.

Chris is a first generation college student and started his undergraduate career as a percussion performance major at Eastern Washington University where several quarters were spent pondering the triplets of Elvin Jones and the five figure ride pattern of Tony Williams. Through happenstance Chris enrolled in an archaeological field school and over the course of that summer become completely entranced with archaeology.

Chris’s work explores the connection between human societies and environments through a variety of archaeological and earth science methodologies including geoarchaeology, full coverage survey, excavation, and remote sensing.

Chris views archaeology as a ‘future building’ endeavor that takes what it learns about the past and projects this knowledge into the future for scientists, policy makers, and lay-people. His ultimate goal is for everyone to understand that archaeology is a vital part of a successful 21st Century.

Since the early 1990’s Dr. Fisher’s research has centered on unraveling the complex set of social and environmental variables that resulted in the formation of the Late Postclassic (CE 1350-1520) Purépecha (Tarascan) Empire located in the Lake Pátzcuaro Basin, Michoacán, Mexico. During the course of this work in 2007 he and his team first documented an ancient city which they now call Angamuco.

To better characterize this new urban center they turned to LiDAR – a relatively new technique that creates a 3D map of the ground surface – to better understand this new urban center. The resulting data, new kinds of analysis, and sophisticated understanding of this place changed the course of his career. Initial survey and analysis was followed by two years of excavation and survey. Work at Angamuco is on-going. 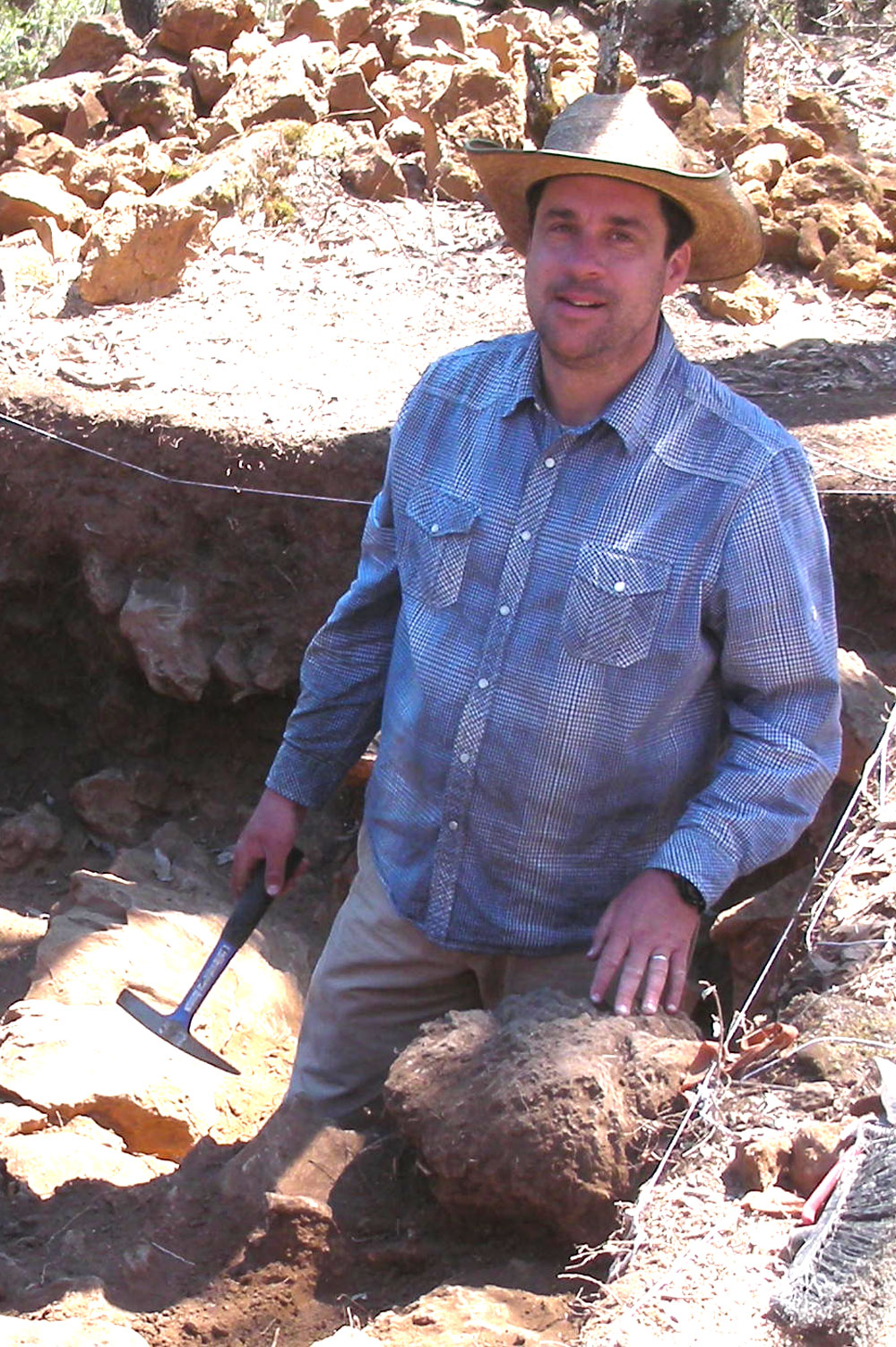 In 2012 a pair of documentary filmmakers (Steve Elkins and Bill Benenson) contacted Chris and his team to see if they could better analyze newly acquired LiDAR for the Mosquitia region of Honduras. Sometimes called the ‘Little Amazon’ the Mosquitia region contains the last tract of contiguous rainforest left in Central America. Evident in these records were two undocumented ancient cities embedded within a completely human modified environment. Ground verification of one of these settlements in 2015, now called the City of the Jaguar,  resulted in the discovery of a cache of artifacts left at the center of the city as an offering when the city was abandoned. This expedition was covered in the October 2015 issue of National Geographic magazine and is covered in the book “Lost City of the Monkey God: A True Story” written by Douglas Preston.

These materials were in danger of being looted/disturbed and Chris felt that he and his team had a moral and ethical obligation to recover those artifacts most in danger and consolidate the rest. In 2016 with the support of National Geographic and the Honduran Government Chris returned to the City of the Jaguar for a month of excavation and conservation. The analysis of this work and materials is on-going.

His work appears in many professional venues including edited volumes, such as Seeking a Richer Harvest: An Introduction to the Archaeology of Subsistence Intensification, Innovation, and Change published by Plenum, The Archaeology of Environmental Change: Socionatural Legacies of Degradation and Resilience, published by the University of Arizona Press, and journals such as the Proceedings of the National Academy of Sciences and the American Anthropologist. In addition his work has appeared in popular publications such as the New Yorker, National Geographic, and many other sources (See Press).

Chris has conducted fieldwork and directed projects in several areas of the United States, Mexico, Honduras, Portugal, and Albania. His work is supported by the National Science Foundation, National Geographic, the Heinz Foundation, and private sources. In 2007 Fisher received the Gordon R. Willey Award from the American Anthropological Association.